The Integrity Commission was established by the Integrity in Public Life Act No.14 of 2007.
Purpose
The purpose of the Commission, in accordance with the Integrity in Public Life Act No.24 of 2013, is to improve governance through ensuring integrity in public life, to obtain declarations of assets, liabilities, income and interests in relation to persons in public life and to give effect to the provisions of the Inter-American Convention against Corruption, (IACAC) which Grenada signed on to on 15th January, 2020; and the United Nations Convention Against Corruption (UNCAC) to which Grenada acceded on 1st April 2015, . Implemented by the Prevention of Corruption Act No.15 of 2007, as amended. Revised Laws of Grenada - Chapter 252A.
Role & Function
The Commission was established to ensure that public officials uphold high standards of integrity in the performance of their public functions and also to give effect to the provisions of The Inter-American Convention against Corruption. It will assist in improving the standards of good governance, transparency and accountability in government.
The law provides for the Integrity Commission to receive and verify the accuracy of declarations of financial affairs from public officials; to investigate complaints of impropriety, corruption and misconduct by public officials; and for prosecution of persons found guilty of crimes according to the Acts.
Its functions are to:
The first Members of the Commission were sworn into Office in January of 2010, for a period of three years.
Members of the first Commission were:-
Mr. Joseph resigned and was replaced by Mr. Ronald Peters in February of 2012. The remaining members were reappointed in November of 2012, for a further period of two years.
In December of 2010 office space was identified for the Commission. In April of 2011 a Facilitator/Secretary was assigned to advance the establishment of the Office and the Commission’s administrative work commenced.
The Integrity in Public Life Act No. 24. of 2013 repealed the 2007 Act. Proclamation date October 03, 2013.

To actively implement the requirements of the Integrity in Public Life Act No. 24 of 2013, to impact the overall reduction and elimination of corruption in Grenada’s Public Sector, through professional and committed personnel and the independent and consistent application of required procedures.

To become a fully operational, well respected and independent entity, whose operations achieve the establishment of a Public Sector managed by persons in public life who demonstrate the highest levels of integrity.

Confidentiality - Given the sensitivity of private information, confidentiality is of paramount importance. Members of the Commission and staff are sworn under oath, to secrecy and confidentiality, at the risk of penalties for disclosure (IPL sections 19.39, 47).

Impartiality - The Professional Commission should be impartial and independent. (Section 12 (2)).

Service - The Commission recognizes its responsibility to serve with integrity the people of Grenada. 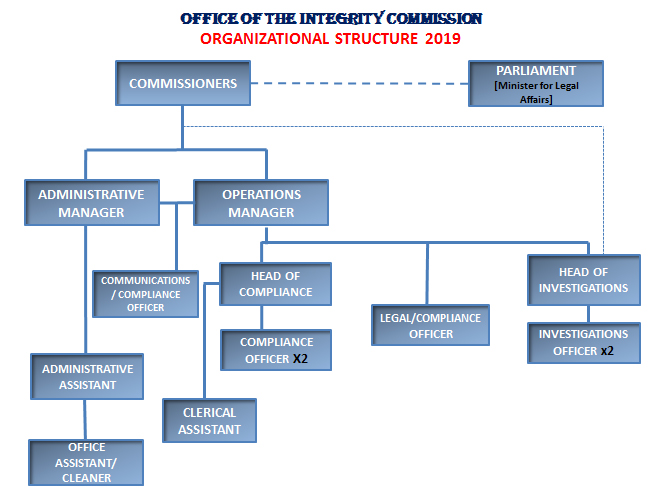 The present members of the Commission with effect from 9th April, 2021:

Lady A. Anande Trotman-Joseph is an Attorney-at-Law with over 32 years of legal experience. She holds a Masters Degree in Law and Development, and Post-graduate certificates in Hemispheric Defence Strategy and Utilities Regulations Strategy.

Lady Trotman-Joseph is a founding member of the Commission, since its inception in 2010 and was elected its Deputy Chair, a post she held until assuming the Chairperson’s role.

A former Solicitor General of Grenada, she is the Managing Partner of the Law Firm of Joseph & Joseph.

Locally, regionally and internationally she is recognised for her work in the areas of gender equality, rule of law, transformational leadership, sustainability and anti-corruption advocacy. She is the President of the Caribbean Women in Leadership and trains and mentors women in public leadership across the Caribbean.

She is a concert soloist, and published poet. She is married to Dr. Sir Lawrence Joseph, and is a mother and grandmother.

Winston James joined the Commission in February 2019, and has been appointed to serve for a period of two years, having been nominated by Prime Minister Dr. Keith Mitchell.

He is an ardent farmer and loves his dogs. Commissioner James is married with children and grandchildren.

Mrs. Oforiwa Augustin joined the Commission in November 2013, as the representative for the Conference of Churches of Grenada.

Commissioner Augustine is an Attorney-at-Law, with over thirty-five years’ experience.

She was a law lecturer and practiced law in the United Kingdom for a period of ten years, prior to coming to live in Grenada.

Here she served as a Magistrate within the Western Magisterial District, for fifteen years, and is a Member of the Public Service Appeal Tribunal.

Commissioner Augustine is presently engaged in private legal practice. She has two children and four grandchildren.

Jasmin Redhead joined the Commission in February 2019 and has been appointed to serve for a period of two years, as the Attorney-at-Law on the Commission.

Commissioner Redhead is an Attorney-at-Law, in practice, and has been admitted to the bar in both Grenada and New York. She also holds a Master’s Degree in Family Law.

While residing in New York during 1996 to 2009, her area of focus was seeking alternatives to incarceration in the city’s criminal justice system for juvenile offenders and working in Family Courts. She currently works as the in-house Attorney for Grenada’s Legal Aid and Counselling Clinic and also serves as an Adjunct Lecturer, in Law, at the T. A. Marryshow Community College.

She has co-authored a number of legal books, including the Grenada Advanced Level CAPE Law Series.

She has one daughter who is also an Attorney at Law.

The work of the Commission cannot be accomplished in a vacuum and as such it has surrounded itself with allies who will work with the Commission in monitoring, uncovering, educating and mitigating all aspects/reports of corruption in public bodies. This body of stakeholders is called the IC Round Table. 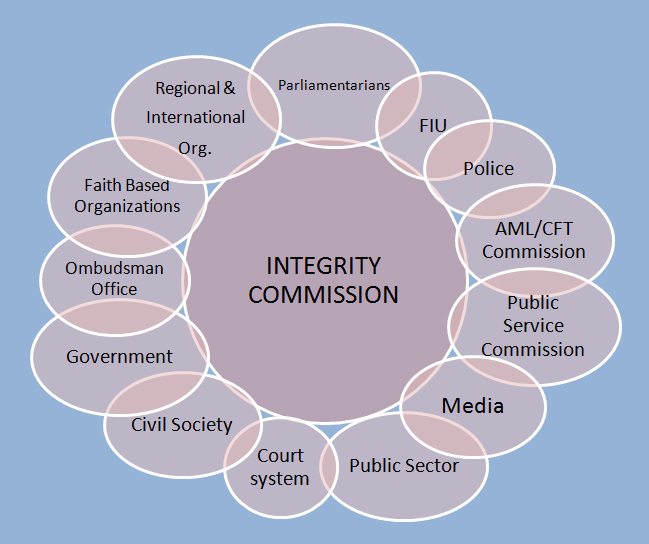 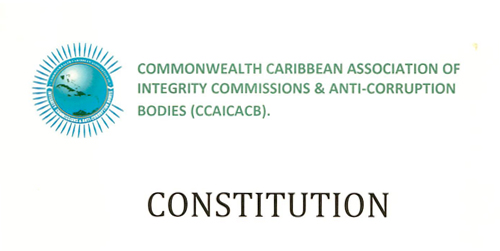 The purpose of the Commission, in accordance with the Integrity in Public Life Act No.24 of 2013, is to improve governance through ensuring integrity in public life, to obtain declarations of assets, liabilities, income and interests in relation to persons in public life and to give effect to the provisions of the Inter-American Convention against Corruption, to which Grenada is a signatory.

We have 43 guests and no members online